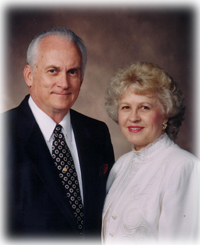 This may be a shocking sentence because we are all interested in winning souls, and the bus ministry is soul winning personified. However, we are not interested in doing a great deal of soul winning on the bus routes because this would absorb a great deal of your time. Since you are thinking, "Time, time, time," you must make a great number of quantity calls and not quality calls. We are not trying to present every ministry of the church, the history of the pastor, etc. You are interested in trying to make as brief a contact as possible and receive a committal for the people to come to church on the buses. Whenever the opportunity does present itself, whenever a child, teenager, or parent is alone, I usually try to lead this person to the Lord if I see that this person is ready to accept the Lord and it would not take much time.

The Devil is extremely shrewd. As you visit your bus routes, you may run into a Jewish rabbi, a Roman Catholic, Jehovah’s Witness, or some other notably different religious person. The Devil would whisper in your ear, "They would really take notice of you at your church if you brought that convert back with you." You then proceed to witness to this person for an hour and a half of your three-hour alloted visitation time and would probably not win them to Christ. In the same length of time you could line up twenty or thirty children or adults to come, on the bus, who are waiting for someone just to come and invite them. Of this group, a great percentage would be saved the very first Sunday they came. Hence, there is a definite way in which you would visit, trying to win souls all along the route, encouraging discouraged Christians, etc., and ruin your bus route ministry. I make this policy that if the person is alone in the home and does not have a house full of company or a group of children around them nagging on them, then I deal with them about their souls. (Again, if they are not of a radically different religious background that would take a great deal of time, I deal with them.) Also, you may find someone who is a good prospect for salvation, but there is company or an unfavorable situation for soul winning. You should make note of all of these. When you have visitation, go back and visit among your bus-route people, picking out the good prospects that you have lined up on Saturday and visit them with only the purpose of soul winning in mind. This does not rob you of the time that you must take on Saturday to build your route and still allows you to be the soul winner you ought to be.

When a captain’s route gets low, the head bus captain should visit the route with the bus captain and try to observe if there is some negative suggestion that they are using, if there is a personality problem, or wrong method involved. I am reminded of the time I stopped to get a sandwich in a certain state. The teenage son was helping his father in the restaurant and came over and asked me, "You don’t want a cup of coffee, do you?" No, I did not want anything somebody told me I should not have. Therefore, when you talk to people about getting their children to come on the bus routes you should be shaking your head slightly with a "yes" motion to encourage "yes" answers. Psychology? Absolutely!

Sometimes a bus route is low just as a test from the Lord to see how persevering we will be. It is the job of the head bus captain to encourage, help, and suggest. For instance, I visited one man’s route who is a very fine bus captain-one of our best and yet his route was going down. I do not say that this is the only reason it was going down, but I’m sure it is one of them; however, when we went visiting together, I noticed that he would use one expression every time he came to the door and talked to the people involved. (By the way, we try to visit the faithful people on the bus route as well as the absentees each time. Some bus captains only visit the absentees each week and then look for new ones the rest of the three hours. Others will visit everyone on the route each week and prospects too. I believe that this would probably be the best policy for those just starting out, to visit each person on the route each week. This keeps the personal contact with the parents, and we usually give out, as I mentioned before, a piece of bubble gum or candy to each child on Saturday visitation. The children will be looking forward to your visit if you give them a treat each time.)

This man said to several people before I stopped him, "Would you want us to bring the bus by?" Now this was said to people who were already riding the bus or had been prospects for some time. My mind raced ahead as to what was in their minds as they heard this expression. I had a picture of this man going to all the trouble of bringing that great big sixty-six passenger bus out of his way to come over and try to pick them up. To me it struck a note of negative suggestion. It was as though it were a great trouble and burden for him to come by with this bus for the people. This was not the case at all, however, because he was delighted to do this and it was his job! So I suggested that instead of signing off their conversation with, "Would you want us to bring the bus by?" I said, "We’ll be by in the morning for the kids; we sure love them and appreciate you sending them!" The visual picture was now, we were coming by anyway and we wanted them so much to attend. This may not have been all the problem involved, but certainly I felt it was somewhat of a contributing factor. 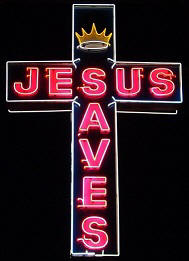 How to Win a Soul to Jesus