Acts 16:30-31, “And brought them out, and said, Sirs, what must I do to be saved? And they said, Believe on the Lord Jesus Christ, and thou shalt be saved, and thy house.”

David William Breese (October 14, 1926 - May 3, 2002) was an evangelical Christian pastor and theologian from the mid-20th century to the early 21st century. Pastor Breese authored the following excellent defense of the Gospel, refuting the damnable doctrine of Lordship Salvation, titled:

One of the animated discussions which is now in the evangelical Christian scene surprisingly concerns the very issue of salvation itself. The question, therefore, of “What must I do to be saved?” is now being answered in a more complicated fashion than simply, “Believe on the Lord Jesus Christ, and you shall be saved” (Acts 16:31). Traditional fundamentalists and most Evangelicals have long held to the doctrine of salvation by faith alone. The answer has now become more elaborate than that, as Christians newly discuss whether salvation is by faith alone or by faith plus some other things.

Stated very simply, the view that is now called “Lordship Salvation” (a view rarely defined to the satisfaction of anyone) holds that the offer of salvation by grace alone through faith alone in Christ alone is false, for faith includes good works.

There are a number of deficiencies involved in this view, which should be noted:

1. It improperly understands justification by faith. Justification does not mean to be “made righteous” or to “progressively become righteous.” Rather, it means to be “declared righteous.”
It is improper to define faith as “commitment,” “dedication,” “surrender,” or any other expression which suggests a kinetic response on the part of the soul.
2. It ignores imputed righteousness. We are not saved by imparted, infused, or earned righteousness. No indeed, we are righteous by imputation.
3. It confuses justification and sanctification. To say that progressive sanctification is an “inevitable result” of salvation is evidence of doctrinal confusion. In each Christian, there may be at times a varying degree of affirmation to the leading of the Lord.
4. It misrepresents salvation itself. Salvation is presented in the Scripture in three tenses or three aspects. When I accept Christ, I have instant and eternal salvation in the sense of deliverance from the penalty of sin. As I live my life in commitment to Christ under the leadership and empowering of the Holy Spirit, I am delivered from the power of sin. Some Christians are insufficiently delivered from the power of sin, even to the extent of sickness (1 Cor 11:30) and physical death (1 Tim 1:20).
In the future, I am promised deliverance from the presence of sin. The Christian’s future in heaven is vouchsafed because of salvation by imputation and positional sanctification. When he believes, he is already seated in the heavenlies with Christ (Eph 2:6), and he is promised that he will never perish (John 10:28).
5. Lordship Salvation diminishes the value of New Testament truth for the Christian. A very high percentage of the epistles of the New Testament are written as instructions to believers. These instructions have produced conviction and commitment in millions of Christians down through the history of the Church. Lordship Salvation cancels the value of these admonitions, in that it declares that if one does not obey these instructions, one is not a Christian. Therefore, the answer to Christian imperfection (obvious in the character of many Christians) is that this person was never saved and needs to be saved. So evaporates the value of all instructions to grow in grace.
6. It holds the impossible doctrine of salvation by perfect commitment. The doctrine that one is saved by submission to the Lordship of Christ, cannot admit to the possibility of imperfect commitment. For, from a logical point of view, imperfect commitment is not, in fact, commitment. In that most honest Christians will admit to imperfect commitment, they are thereby admitting that they are not Christians. The impossibility of “perfect commitment” is a troublesome problem to the Lordshipists. So “Semi-Lordship Salvation” is what this notion is at best. We await word as to what percentage of commitment produces salvation. (Hint–the scriptural answer is zero, for salvation is by “unmerited favor,” i.e., the grace of God.)
7. Therefore, Lordship Salvation makes assurance tenuous or impossible. Submission to the Lordship of Christ as the basis of salvation holds open the possibility that at some future date one may be less than perfectly submissive. If one holds to the Lordship Salvation view, one’s basis of assurance of salvation is gone.
8. It diminishes the value of Calvary. In the Lordship view, Christ becomes less the Savior and more the Helper. Under this view, I cannot “cast my helpless soul on Him,” but rather I must cooperate with His helpfulness.
9. It equates discipleship and salvation. The advocates of salvation by commitment to Christ uncritically (and with profound lack of discernment) view the many calls of Christ to His own to come and be His disciples as the call to believe the Gospel. Consequently, the expression “Follow me” becomes the way of salvation. Hence, until one becomes a disciple, he is not a Christian. The call to become disciples of the King, extended to Jewish individuals, is very different from the call to believe and therefore be saved by grace and become a member of the Body of Christ.
10. It misunderstands repentance. To translate metanoia as “repentance” has been most unfortunate. “To do penance” is not its meaning. It means “a change of mind.” Too often this will be thoughtlessly defined as “a turning about,” “sorrow for sin,” “being sorry enough to quit,” “a complete change of character,” or “making restitution”–all such definitions are falsehoods. By these inaccurate definitions, faith in Christ is freighted with burdens impossible to bear. Such defective epistemology has demoralized many a Christian.
11. It disorganizes the Christian mind. Salvation is either by grace or by works. They cannot be mixed (Rom 11:6). Works produce no standing before God or merit for heaven. Mixing grace and works overly strains the Christian mind. With these inchoate ideas (exhumed doubtless from the vicinity of Rome) who can say with assurance “I know whom I have believed” (2 Tim 1:12)? Paul could.

These and many other considerations should be kept in mind when one examines the various ways of salvation being offered on the evangelical scene of our time. Much of the confusion of these days would be instantly resolved if we would remember that salvation is by grace alone through faith alone. To redefine these words is not permitted, for they have real, changeless, and eternal meaning. Let us then remember: “Now to him that works is the reward not reckoned of grace, but of debt. But to him that works not, but believes on Him that justifies the ungodly, his faith is counted for righteousness” (Romans 4:4-5).

We know that we are people of eternal consequence because we were made in the image of God. We were redeemed by the most precious substance in the universe, and that is the blood of Jesus Christ. We were called by the Holy Spirit into a life of great purpose. 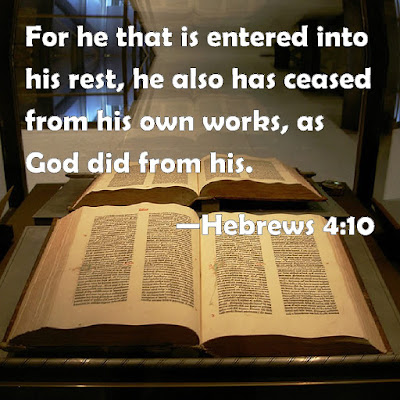 Romans 16:17-18, “Now I beseech you, brethren, mark them which cause divisions and offences contrary to the doctrine which ye have learned; and avoid them. For they that are such serve not our Lord Jesus Christ, but their own belly; and by good words and fair speeches deceive the hearts of the simple.” 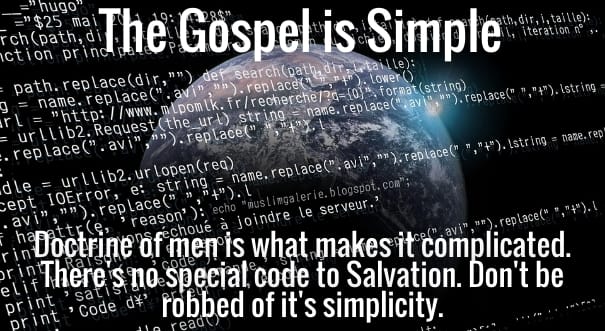 1st Kings 18:17, “And it came to pass, when Ahab saw Elijah,
that Ahab said unto him, Art thou he that troubleth Israel?”

Why There's A Hell (MP3 sermon by Pastor Danny Castle)

HE THAT WINNETH SOULS IS WISE! (Dr. John R. Rice)

“Baptismal regeneration is one of the most damnable heresies!”
—Pastor Max D. Younce, a quote from his excellent Bible study, “WHEN I SEE THE BLOOD - AND NOAH BUILDED AN ALTER (361)”

The Gospel In Just One Minute (by Pastor Max D. Younce)

You Need HIS RIGHTEOUSNESS!!!